skip to main | skip to sidebar

Mercy Instead of Sacrifice 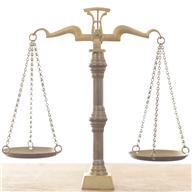 As I write this, I am deeply disturbed by the news coming out of Georgia regarding a man named Troy Davis, who was convicted for the 1989 murder of an off-duty police officer in Savannah. Nine witnesses testified against him at his trial. Since the trial, however, seven of the witnesses have recanted, and there was no physical evidence tying Mr. Davis to the scene of the crime. Despite the glaring possibility that Troy Davis might well have been innocent, his final appeal was denied and he was put to death by the State of Georgia on the night of September 21.

First of all, I must come clean. I am opposed to the death penalty. I do not believe the state has the moral authority to take a person’s life, regardless of the heinousness of the crime or the level of proof against him or her. And by the way, virtually every country in the western world agrees with this viewpoint.

But I find the idea that a possibly innocent person can be executed too repugnant for words. When this happens, our entire system of justice must be called into question. Instead of protecting the innocent or ensuring fairness, it must be admitted that we are more concerned with acting on past decisions—even if we have good reason to believe that those decisions were faulty, even if it means sacrificing a man whose guilt was in doubt.

But even when guilt seems to have been proven, our Lord knew what it was to work with guilty people. In his day, the most despised included tax collectors. Tax collectors in first century Judea and Galilee were not just bureaucrats following the rules in order to help create an orderly society. They were thugs employed by an occupying force to exact tribute from conquered peoples using any means necessary—extortion, coërcion, intimidation, violence, you name it. And so when we read in Matthew 9:9-10 that Jesus approached a tax collector named Matthew (the very person to whom the gospel is attributed), called him as a disciple, and watched as Matthew arose, left his work behind, and followed, we should take note of Jesus’ faith in the power of God to redeem a person’s life—even the life of a traitor, a thug, and a collaborator.

But just in case we have any doubts about the revolutionary nature of Matthew’s call, Jesus is portrayed immediately afterwards as sharing a meal with “tax collectors and sinners.” The religious authorities, naturally, were deeply offended by this and challenged Jesus’ followers on their teacher’s willingness to sully his person and his reputation by associating with such people. Jesus’ response was to quote the Prophet Hosea, telling them to “go and learn what this means: I desire mercy and not sacrifice.”

How can a nation in which the vast majority of the people self-identify as Christians be so indifferent to the words and actions of Christ? Not only are we not interested in learning what the prophet meant by these words, we appear to be willing to sacrifice human beings on the altar of procedure and precedent.

The seeds for what happened in Georgia on September 21 are planted whenever we show greater willingness to build prisons than schools, and place a higher priority on punishing criminals than we do on educating our children. The story is repeated over and over again when a candidate for political office who advocates building more prisons wins in a landslide, beating the candidate in favor of increased education spending. The former is seen as “tough on crime,” while the latter is portrayed as an advocate of “big government.” Shouldn’t we stop and ask ourselves why a government that imprisons and executes its people is just the right size, while a government that educates its people is too big?

In the end, we should hear Jesus’ commandment as though it were spoken to us. Indeed, it is being spoken to us this very day: “Go and learn what this means: I desire mercy and not sacrifice.” Let us turn our system of justice back into a system of justice. The best way to ensure that no innocent men or women are killed by the state is for the state to abolish the death penalty.

—Sam
Posted by Sam Greening at 6:52 AM No comments: